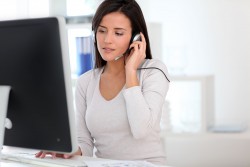 Affordable Care Act (ObamaCare) and You

As we enter into 2013 new provisions of the Affordable Care Act continue to take place.  This year’s changes include additional new taxes on higher income, formation of actual regulations, creation of insurance marketplaces (although may get pushed to 2015), a change to the definition of full time, the launch of open enrollment (may be pushed), 100% state covered medicare payment rates, and a pilot program to bundle payments for an “episode of care”.

The current legislation bill is now over 20K pages which does not include the tax code.  It is very hard to
pinpoint how many new regulations will be added due to the complex changes that are being added and negotiated daily.  However, what most people want to know is how much is it going to cost me?  Secondly, how much assistance will I receive, after all this the affordable care act.

Regarding the second point, the IRS has been kind enough to publish their rules on the Health Insurance Premium Tax Credit.  It is important for everyone to understand that the end user (you) will be held to costs under the affordable care act whether subsidized or employee sponsored through the tax system.  This means additional filings, adjustments to your withholdings, and additional forms to fill out at tax time when the full legislation is rolled out.

With that said, the IRS rules for you to determine how much tax credit you will receive if you buy your insurance through the state exchanges will be based on certain factors outlined in a 22 page (small type 3 columns) document.  It was to large to post, but here is the link for you to review. http://www.gpo.gov/fdsys/pkg/FR-2012-05-23/pdf/2012-12421.pdf

For the first question, how much is a government plan going to cost me?  That is actually very difficult as the exchanges, rates, and other factors are not quite clear.  It was falsely reported by many large news sites before anyone analyzed the legislation that the cost under ACA would be $400 per year.  Where did this come from?  Well the original legislation had basically a temporary rate that would apply before full implementation.  Sort of a teaser rate, but very few news organizations reported it this way leading a lot of people to believe your cost under ACA would be $400 per year if you take the government sponsored plan.  A great deal that many people would stand behind.

While it is still unclear what your exact premium would be, California has done some good work on jumping ahead of the legislation to give you that information based on the exchanges they are setting up.  Here is their calculator.  (Other states would be similar).

-Just to give you an idea of what California is projecting in 2014 for a family of four with total household income of $75,000: $594 per month premium.

Either way, far off the $400 per year initially reported.  As we sit today, virtually every aspect of the legislation is being challenged by various groups for different reasons.  The unions want exemptions as their plans would be highly taxed, the insurance companies don’t want the increased rules, the states don’t have money for exchanges, the IRS needs more employees to write tax code, etc….. Any large legislation of this size is bound to have supporters and objectors, that is no surprise.  What is truly surprising, however, is the over simplification communicated to every American prior to the bill being signed.  While this could be expected from a politician, why did the news organizations not do their homework?  Perhaps they were busy covering Lindsay’s court cases.

The critical question for everyone now is not whether or not you support the legislation, it is do you understand the changes that are coming to you now and in the next three years.  Remember, the legislation was built to bring in immediately positive benefits and phase in additional benefits in line with negative aspects in the 2013-2015 time frame.

Here is the link to the actual legislation as signed into law:

Here is an additional link to analysis done on the ever expanding tax code:

Lastly here is the Government site that gives you the benefits side of the story: