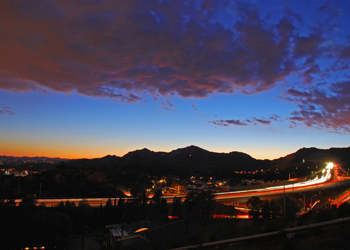 Currently we have seen a market that is consistently reaching new highs.  Some argue, however, that these highs are based on a shaky foundation whether you consider the problems in the Middle East, the advancement of Russia, or the current monetary policy changes that will have to happen in the next 12-24 months.  Anyone of these issues can quickly escalate and send the markets into a large correction.

How can you protect your investments from a sharp decrease?

One way is to consider buying protective puts.  Currently the market volatility is at historic lows so you can buy options on well traded stocks with a low premium.

Some of the stocks I have targeted for protective puts:

From the chart you can see GE was below $24 in late 2013 and early 2014.  It has moved off that low to $26 where it sits today.  A large market correction could send GE below $24 quite easily.
From this second chart you can see that during the market drop of Sept. 2011, GE had more than a 20% decrease in price while the overall market dropped 10%.  Move in individual stocks often exaggerate moves of the broader market which means you don’t have to guess the exact decrease, you just have to be in the range.

GE as a protective put will cost you $33 for every put contract you buy.  The amount you want to buy really depends on how much you want to insure and how hard you think the correction is going to be.  Not including premiums in the mix, if GE drops 20% like it did in 2011 for a 10% market correction, your put would be worth $3.20 or $320 for every $33 investment.  An investment of $100 would yield almost $1,000.  If you had $10,000 invested in the S&P and it dropped 10% you would lose $1,000.  Having three put contracts in the case above would zero out you loss if it behaves like 2011.
There are obviously lots of factors and the exact benefit is hard to calculate, but in most cases in a large market correction your protective puts are going to pay off when premiums are low depending on where you set up you strikes.

SPDR S&P 500 Trust ETF (SPY): Buying protective puts on SPY is another way to hedge against a large market correction.  Currently the 12/20/14 $180 put is trading at $1.43.  Again, this would put insurance against a 10% drop in the market.  It is a bit more expensive the GE, but it is based on a price of $200 vs. $26.  SPY may not have the same over correction seen in something like GE, but you might benefit from high volatility premiums after the correction.

In summary, protective puts can be used to help soften a large market correction; however, there are things you have to remember: